Just in time for Valentine's Day, the Harley Quinn-based spinoff Birds Of Prey is set to hit theaters. But one more thing dropping on February 7th in addition to the movie is the soundtrack, which features new music from Doja Cat, Halsey, Saweetie, Summer Walker, and the lead single featuring Normani and Megan Thee Stallion entitled "Diamonds."

The tracklist for the soundtrack, along with the music video for "Diamonds," was released this week, check it out: 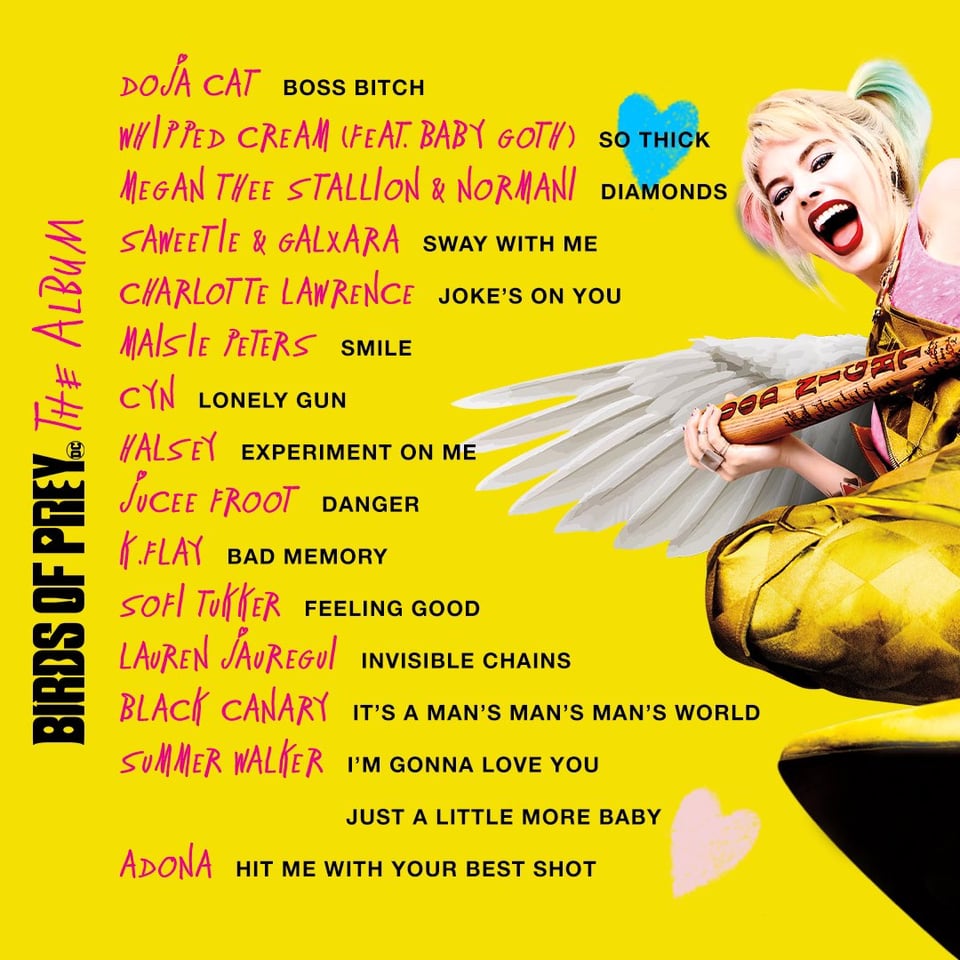