The 2020 iHeartRadio Music Awards are officially returning on Sunday, March 29th, and the nominees have been revealed! Taking place at the Shrine Auditorium in Los Angeles, the star-studded event we will celebrate all of the amazing music and talented artists over the last year.

The iHeartRadio Music Awards will honor the most-played artists and songs on iHeartRadio stations and on the iHeartRadio app throughout 2019, while also offering a preview of the upcoming hits of 2020. Featuring live performances from the biggest artists, as well as surprise duets and collaborations, this year’s show is one any music fan will not want to miss.

Country music will be taking over the Shrine Auditorium with many artists receiving multiple nominations. Maren Morris leads the pack with four nominations and Dan + Shay and Luke Combs each have three. Carrie Underwood, Thomas Rhett, and Blake Shelton also scored nominations too! See the full list of nominees below.

Fans will be able to watch the 2020 iHeartRadio Music Awards live on FOX on Sunday, March 29th at 8pm ET. The event will also be broadcast on iHeartMedia stations nationwide and on iHeartRadio.

Social voting begins today, January 8th, and will close on Monday, March 23rd at 8pm ET/5pm PT for all categories, except for Best Fan Army which will continue through Friday, March 27th at 9am ET/6am PT. Fans can vote using the appropriate category and nominee hashtags or by visitingiHeartRadio.com/awards.

Country Song of the Year:

“The Ones That Didn’t Make It Back Home” - Justin Moore

Country Artist of the Year:

Male Artist of the Year:

Best Duo/Group of the Year:

Panic! At The Disco

“Lose You To Love Me” - Selena Gomez

“Someone You Loved” - Lewis Capaldi

“You Need to Calm Down” - Taylor Swift

The Rembrandts - “I’ll Be There For You” - Meghan Trainor cover

“Without Me” - Halsey featuring Juice WRLD

Listen to this year's nominees and last year's winners 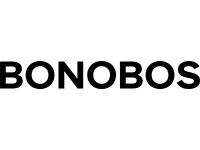