Sam Smith isn't a huge fan of Christmas music, but the pop star did perform a delicate cover of their favorite holiday track during their Thursday (December 10) appearance at the 2020 iHeartRadio Jingle Ball presented by Capital One.

After introductions from Shawn Mendes, Smith took to the special to perform a set straight from London, alongside their backup singers and an accompanying band. After kicking things off with a stripped-back version of their dance track, "Diamonds," the pop star spoke to the audience-less venue, admitting that the set has them feeling a bit off.

"It's definitely different performing today for you all, knowing what’s going on with the world. I just hope that everyone’s okay. I hope that everyone's safe. I hope that you are gearing up for this Christmas as well as you can be. It’s going to be a weird Christmas for everyone," Smith told the spacious room, which was decked out with decorations. "I still believe that Christmas love and that Christmas joy is still there. To celebrate that, I’m going to sing my favorite Christmas song. I don’t actually love many Christmas songs, but I love this Christmas song. This is probably the second time I’ve actually sang this, so I’m really excited to share this with you, iHeart."

Smith went on to perform a rendition of "Have Yourself a Merry Little Christmas," which was introduced by Judy Garland in the 1944 MGM musical Meet Me in St. Louis and later made popular by Frank Sinatra.

To end their set, Smith performed an acoustic version of their 2019 Normani duet, "Dancing with a Stranger," and shared some final sentiments that might resonate with fans from all walks of life. "Try your best for one or two days to silence the noise. Turn off your phones. Be with people you love and if you're not with anyone, be with yourself and that's enough. For me, this year, it’s really reminded me that we’re genuinely going through this together as a human race and it’s the perfect time to acknowledge that and be in it together."

In case you missed anything, or you just want to relive this year’s iHeartRadio Jingle Ball presented by Capital One, The CW will broadcast the event as an exclusive TV special on Monday, December 14th at 8pm ET/PT.

Every year, the Jingle Ball Tour gives back to the community to celebrate the holiday season. This year's official charity for the Jingle Ball Tour is the Ryan Seacrest Foundation. $1.00 of each ticket sold will be donated to the non-profit organization, which is dedicated to inspiring today's youth through entertainment and education focused initiatives.
Meet the headliners backstage for a great cause!
Wish one of music's hottest acts a happy holidays in person, take a photo with them, and get four tickets to the show while benefiting the Ryan Seacrest Foundation.
View Auctions 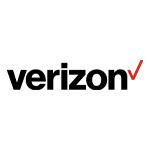 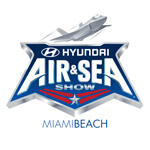 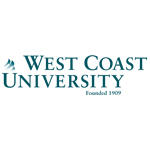 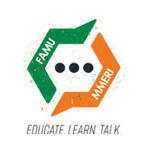